Home» Auto Wreckers in Nanaimo » History of BC Auto Wrecking

“There’s a lot of history in the Building”

When you walk through the doors you will be glad to know that you will get good value for your money and you will be greeted with knowledgeable staff with a vast amount of experience. 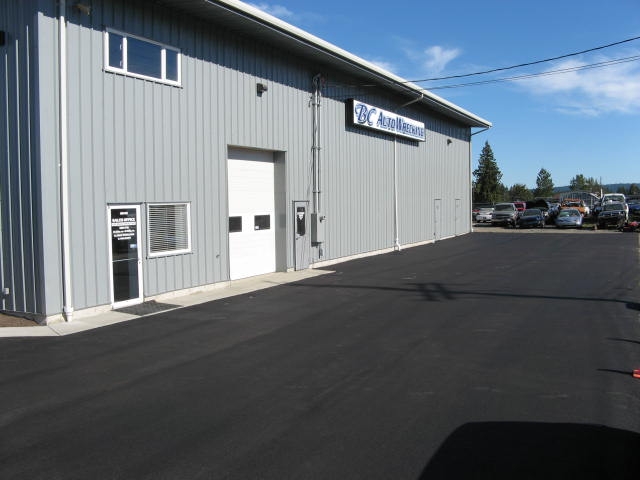 BC Auto Wrecking was established in Victoria BC on August 13th 1969 by Glen and Valerie King. The King’s ran a well utilized business until 1980 when John Biggs purchased the company and turned it into his family business. Many of the auto wrecking pioneers would agree that this industry was initiated by 5 businesses in British Columbia, one of which belonged to the “Biggs” family.

Raymond Biggs the original owner of Clark’s Auto Parts opened one of Vancouver Islands first auto wrecking yards in Victoria, BC. Raymond was quick to the punch and put his son at the tender age of 14 to work after school. Ten years later in 1963 John and his father Raymond opened Victoria Auto Parts on Princess Street. This transaction officially started John’s adult career in auto wrecking.

With the growth of Victoria as a tourism city, the prospect of expanding or opening another yard in the downtown core was virtually impossible, so the hunt was on the find something in a neighbouring community away from the hustle of shopping malls, hotels and tour companies.

It wasn’t until 1983 that John purchased BC Auto Wrecking and started operating as a family business. His wife Carole processed the statements and his daughter Carolyn started stuffing envelopes at age 16 and by her 20th birthday was working fulltime in the family business. Ten years after acquiring BC Auto Wrecking a second store was opened in Nanaimo. As the economy shifted in the early 1990’s the family made a unilateral decision to sell the original location and expand Nanaimo’s store. It was at this point that Carolyn moved to Nanaimo with current counterman Steve Jahnke.

In 1997 the hunt for a new “experienced counterman” was on and we met Bryan Thomas. Bryan worked within the business for a short while before having to move back to Calgary, Alberta.

As John approached his 60th Birthday he decided he wanted to retire. He knew the type of person he wanted to see in the business it just was trying to find the right fit. It was at this point that John knew Bryan was the person to approach.

BC Auto Wrecking entered into a new millennium with new owners, with new ideas and the ability to adapt to a rapidly changing industry. Today auto wrecking yards are widely recognized as salvage, recycling, and dismantling yards. The old fashion terms of junkyards, scrap heaps and bone yards are a thing of the past. Technology and the acknowledgment of the importance of used parts have significantly changed the image of auto wrecking. When accumulating facts for this story, John laughed remembering back to the first Teletype communication system on Vancouver Island. This “high tech” machine could communicate with 6 local yards in “real time” and if you couldn’t type everyone knew it as you seemed to wait forever for the person to finish typing. Today the communication system has an international membership of over 2500 recyclers and the capability of communicating instantly and selling used auto parts to ICBC (Insurance Corporation of British Columbia) and other yards across Canada and the United States.
The business is in its 43rd year and accumulatively we have over 67 years worth of hands on experience to help serve you and your used auto parts needs.

Fill out the form below to get more info and learn how we can help you!