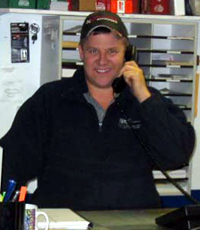 Steve has been with BC Auto Wrecking for 21 years. Back in 1992, while still in the Armed Forces, Steve started his career part-time in BC Auto’s original location (Brentwood BC) in the yard pulling parts. In 1993 Steve moved to Nanaimo with Carolyn to help establish what our second location was then. He continued to pull parts in the yard and in 1995 Steve made the move into the office on the counter where he has been ever since. 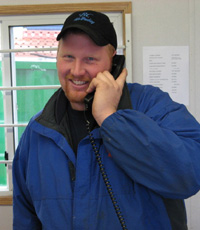 Bryan started his career in 1990 in Vermillion, Alberta pulling parts, he moved to Nanaimo where he eventually came to work for BC Auto in April 1997. Bryan left BC Auto in late 1998 and moved back to Alberta. A partnership was offered, and in April 2000, Bryan came back and has been here as an owner/operator for the past 13 years selling parts on the counter.

Carolyn started her career part-time with BC Auto Wrecking in 1988 helping in the family business. In 1991 when her Parents bought their second store in Nanaimo Carolyn took over the Bookkeeping responsibilities from her mother. In 1993, Carolyn made the move with Steve to Nanaimo. In the year 2000, with her father nearing retirement, Carolyn reconnected with Bryan and formed a business partnership with him. Carolyn continues as owner/operator in the accounts department and has been with BC Auto Wrecking for 25 years.